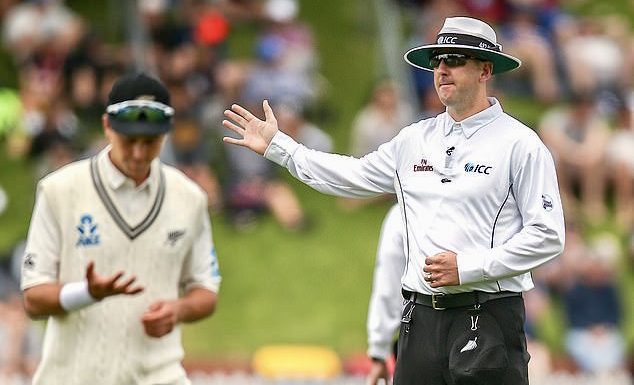 Hi Michael. Thanks for your time. Where are you right now?

Currently at home in Hartlepool. I should’ve been in Pakistan for the domestic T-20 competition but unfortunately it’s been postponed due to a number of players and team management contracting coronavirus.

You wrote a great email to us last year talking about your love for the club; can you just tell us a little about what the club means to you?

The club has been a part of my life since I can remember. My dad Michael has been a huge supporter of the club and is a former director, so I was always destined to become a supporter. My mam worked for nine months in the club offices on Avenue Road. She worked for nothing as the club was in a bad financial situation.

Like the rest of us, you must be impressed with the job Dave Challinor is doing?

Dave Chally is doing a great job and he’s been like a breath of fresh air since his arrival, and all the players are doing us proud.

So, onto our 25 quick fire questions:

1. Starting at the beginning… Favourite subject at school?

PE. I was never an academic so being involved in sports and PE was always my favourite time at school.

2. Favourite sport you played at school?

Football. We did play the odd cricket match every now and again but football was number one.

3. What was the first match you saw at The Vic?

I’ve no memory of my first match but I would’ve been five or six years old. I used to go to the director’s box with my mam and dad. After the match I’d get a ball from the changing rooms and have a kick-about in the goal mouth and come back into the lounge covered in mud… Happy days! Would get no-where near the playing area nowadays as the pitch looks so great these days and full credit to the ground staff.

4. Which side of the ground do you sit or stand?

In the Cyril Knowles stand opposite the 18 yard box near the Rink End.

5. Who is your favourite manager and why?

Chris Turner and my second choice would be Ronnie Moore.

6. Here’s a biggy… Favourite Pools Player and why? (You can pick I couple if that’s an unfair question!) Also, do you have a current favourite player?

It’s a tough one as I’ve had so many favourites over the years but I’m going for Brian Honour, who has a heart as big as a lion! My current favourite player is Jamie Sterry.

7. Half time snack of preference?

Burger with onions smothered in tomato sauce (and maybe a pint of lager, possibly two if we’ve had a bad first half!!!)

8. Do you play any sport currently (pre-lockdown anyway)?

I love running and just general fitness. I got a dartboard in September and I have spent hours throwing darts. I find it strangely therapeutic.

9. How did you get into cricket umpiring?

I quit playing age 23 [Michael played for Durham County and England A] and then spent the next few years playing cricket and football in the local leagues, and working in my dad’s shop. After a couple of years I realised just how much I missed being involved in the professional environment. I decided I wanted to get back involved as a coach or umpire. I took my umpiring exams at Stockton Cricket Club during the winter of 2005 and umpired my first match in the summer of 2005 (Bishop Auckland 3rds v Sedgefield 3rds). I absolutely loved it and decided then that it was what I wanted to do.

My favourite bowler to watch was Shane Warne (Australia) and batsmen was Kevin Pieterson (England).

11. How do you prepare leading up to umpiring a match? Any superstitions?

Not really any superstitions other than I put my left foot on the field first and the same coming off… I’ve absolutely no idea why!!! I tend to rely on processes and routines during the lead up to a match.

I was Standing Umpire involved in the Jos Buttler (Mankad) run out at Birmingham in 2014 (England V Sri Lanka). It’s fair to say that there was a lot of controversy regarding the dismissal, which you can find on YouTube. I remember coming back home the next morning, I’m going to the Tall Ships pub at teatime for a meal and as soon as I walked in they were replaying the dismissal on TV. They also had three or four national newspapers on a paper rack opposite the bar with my face on the front and back pages. So much for keeping a low profile!!!

13. Best experience as a cricket umpire?

Being involved in officiating matches at the 2019 World Cup in England. It was an unforgettable experience to be umpiring World Cup matches in my home country, at some of the best grounds in the world, in front of full houses.

14. Have you ever been starstruck meeting a sports person or public figure?

In the build up to the test match in Brisbane I came out of my hotel room to get into the lift. Another gentleman was leaving his room, which was next but one to me, to also get in the lift. He had a suitcase and a guitar case. I said good morning and he did the same, when I realised it was George Ezra, who had been doing a gig the night before. I told him I was going for a run and that  I had ‘Paradise’ and ‘Shotgun’ on my running playlist. He was kind enough to sign an autograph on an envelope at the hotel reception and pose for a photograph when we got out of the lift.

15. Favourite football ground away from the Vic?

Feethams – we had some great wins there!!

Adelaide. Unbelievable facilities. It had a major upgrade a few years ago but they’ve managed to keep some of the old traditional parts of the ground, alongside a massive, modern stadium. You can walk to the ground and back from the hotel across the bridge over the Torrens river, which is very picturesque. The pitch is normally very good and consistent, so makes for a good game of cricket.

New Zealand. So many lovely places to see and visit, a very picturesque country.

Probably go for a run or on an exercise bike, use the gym and then a swim, before feet up and watch a series on my iPad.

19. Watching Pools or watching the Ashes?

Pools first and foremost and then catch the highlights of the ashes later!

Northampton at the Vic with promotion in 1991. Absolutely brilliant atmosphere, what a day!

22. Funniest thing you’ve seen at a Pools match home or away?

Anything involving the legendary supporter who was Laurence, God rest his soul, whichever team he was supporting!

Facebook. I don’t post very much but a great way to keep in touch and see what’s going on at home when I’m away umpiring.

24. Personal aims for the coming year?

25. Tell us something we don’t know about yourself?

I refereed for two years in the Hartlepool Sunday morning league and I really enjoyed it!

Thanks you so much for your time, best of luck for the coming year and thanks for all the support you give HUST.

No problem… sign up to HUST everyone and help look after our club!