About Us » Meet the Team 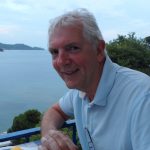 I have been fortunate enough to have been involved in professional and semi-professional football for over 50 years as a player/coach/manager and scout for nine clubs in England but Hartlepool United are the only club I have a real affinity to and I regard myself as a true Poolie! It’s a privilege to be involved with HUST as Honorary President and I shall endeavour to raise the profile and increase membership during my tenure.

Chairmen, managers, coaches and players are temporary but fans are permanent and it is so important that we have a Supporters Trust in place should we ever find ourselves in the position again that almost materialised last year. It is not the Trust’s ambition to take over full control of our club but to be in a position to do so should the worst case scenario happen. This would only be possible if sufficient funds were in place and I would ask all fans and businesses in the town to join us in ensuring that there will always be a Hartlepool United for your children and grandchildren to support.

I would also ask all current members to continue spreading the word to other family members, friends, employers and workmates and encourage them to join the Trust. I fully appreciate that there are other Hartlepool United supporters groups who contribute to helping the club in many ways and I applaud their efforts but the only way we, the fans, can have a say in how the club should be run in the future can be through HUST and I would respectfully request other fans to consider joining the Trust as we all want to ensure the continuity of our great little club. 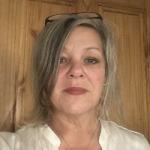 My love for Pools and a wish to see it become a sustainable and community orientated club led me to become involved with the Hartlepool United Supporters’ Trust. I believe in the aims and goals of the Trust, and I believe that all fans are an integral part of any football club, investing their time and money to follow their Team through thick and thin!

As Secretary, my role is all about ensuring the smooth functioning of the Trust and associated administrative tasks, responsible for effective management of the Trust, seeing that the Trust’s business is conducted with probity, accountability and in accordance with its standards and regulations. Communication and liaison is a big part of the role, building relationships with the Club, community and other agencies and playing a key role in the dialogue between Supporters Direct, HUST and the Club. 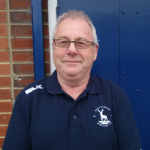 Over the years I have followed Pools home and away, spending many hours with fellow Poolies discussing how the team and club was being run and how we could change things for the better.

I became involved with the trust at the beginning as the club was in the perilous position of going under and I felt that we, the fans, had been ignored for far too long and if there was a chance to change things for the better, then we had to try and do it.

The formation of the trust was the obvious route after looking at the success of other clubs that had been in a similar position, I believe we have a great opportunity to improve the relationship with the club, to the extent of involvement all the way to board level and that is what we should strive for.

As the present owners have publicly stated that this is the way forward, then this is an opportune moment to move forward together to achieve this aim.

We are a community trust and I hope you have seen some of the projects we have been involved in and we will continue on this path to improve the clubs profile through the fans in the community.

I urge all Pools fans far and wide to join the trust and get involved, whether as an individual member, board member or corporate sponsor, this is the best way forward to ensure the future of our great club. 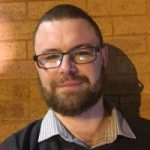 My name is Mark Goodman and I have been an avid supporter of Hartlepool United FC for as long as I can remember.

I have attended home games as a season ticket holder for the last twenty years and I have also travelled to many away fixtures during this time with some lifelong friends I have made through supporting Hartlepool United.

Supporting Hartlepool united can be a roller-coaster experience but I wouldn’t change a thing as this all adds to the great experience of supporting Hartlepool United.  Some of my great memories are the play off final at Cardiff, the night we beat Tranmere on penalties to make it to Cardiff and that unforgettable win away at Darlington.  I was particularly proud of our performance and victory over Stoke in the FA Cup back in 2009.  Some memories aren’t so good such as our relegation from the football league and Hartlepool United’s’ off the field struggles.

I want to ensure the future of Hartlepool United so my daughter has a local team to support and for her to also experience the amazing experience I have had.

I have been attending matches since 1990 and, despite the pain it can cause, I want to continue to do this, hopefully with my son when he is old (but not wise) enough to attend with me.

In my profession, it is important to be able to build relationships and be able to offer constructive criticism and advice. I can help develop the relationship with the club and support with any  people focussed strategies and support that the Club might need. This is something I have experience of and have a great deal of passion for.
My role also incorporates the membership secretary responsibilities. I believe I can help fans understand the important of a Trust including how we can support the club and the importance of fan engagement. It is also so important that the Trust continues to evolve and help protect the club from potential future owners who do not have the interests at the club at heart, and I will do my utmost to support this.

My primary aim whilst working with the Trust is to continue the work of the current board in forging a deeper relationship with other supports’ groups and, of course, the club. I feel that it is vitally important that we make attempts to unite at least some of the fan base of our club in order for greater impact and traction within discussions with the club.

For my day job I am a director and owner of the 13 Apparel clothing company.