The Bromley Boy: An Interview with author Dave Roberts

HUST: Hi Dave, many thanks for speaking to us. As a Bromley fan how do you feel about a trip to the Vic?

Dave: It’s a stadium I love to visit. Nice wide pitch which suits the sort of football we ideally like to play so it often a good game there. And the chips are really good although the stereotype about the north east being cold was confirmed last time I visited – it was freezing!

That can’t obscure the memory of the best away goal I’ve seen in the last couple of years though. Luke Coulson received a great diagonal ball, controlled it with the back of his heel, flicked it up, beat a defender and volleyed over your keeper. Right in front of the away fans too. I know he enjoyed that one because shortly after the game I Tweeted that I must have watched the goal about thirty times and he replied saying he’d watched it sixty times!

HUST: Any predictions for the match at Hayes Lane that’s coming up?

Dave: Hard to say, they sacked our very popular manager Neil Smith when we were seventh in the table, brought in Arsenal’s goalkeeping coach, Andy Woodman, and we’re still getting used to him. I’m being diplomatic but the timing of the decision was very odd. It split the fans, half seemed to think a change was due but others were simply shocked. To be fair, he’s shored up the defence and results have picked up again but the most I can say is that it should be a good match.

HUST: Football-wise we tend to see being in the National League as our lowest point. There’ve been numerous times over the years when our existence was under threat but somehow we always stayed in the Football League. How do you feel about your current status?

Dave: For Bromley it’s quite the opposite. For the last four years we’ve been establishing ourselves as a National League club. That’s been great as most people expected us to go straight back down again but we’ve been mid-table. Sometimes it is nice to be mediocre.

HUST: How did you get to be a Bromley obsessive? We’re a one club town but from of all the clubs in London, or even South London, why would you choose Bromley?

Dave: It was a complete accident. I actually wanted to go and watch Fulham but I was only twelve and my parents said it was too far away so I was told to watch a local team or wait until I was older. I reluctantly went to watch Bromley and then completely fell in love with them. It was a good game, they won, and I thought ‘this is great’ and confidently expected them to continue winning. It turned out to be their last victory for about 20 games.

HUST: Was that good training for later on?

Dave: It was, I do enjoy a failure. I’m not sure why but I find a struggle adds interest. If you set the bar low you can find a lot to be pleased about. At one point if Bromley scored a goal I’d go home happy regardless of how many our opponents got. There is some sort of glory in supporting a team who aren’t terribly good. And if you support a traditionally low achieving club and they win there is nothing quite like it. Compare that to Manchester United and Liverpool fans who actually expect to win and react badly to ever losing. I remember Bromley finishing 16th in the Isthmian League and I was walking on air, we’d been bottom the previous season. For a Bromley fan the National League is like the pinnacle of football.

HUST: Do you feel being non-league has a special appeal?

Dave: Absolutely. I think a lot of our fans, and I’d include myself here, actually preferred playing at a lower level. There’s something nice and non-threatening about being a football fan further down the pyramid, the bigger you get the more stressful it becomes – there’s too much at stake!

Our crowds, when we had them, rose from a couple of hundred to pushing two thousand, we’ve got a new stand behind one of the goals, they’re rebuilding the main stand. It feels like a different club now.

HUST: Sounds like Bromley are gearing up for league football…

Dave: Yes, the chairman has said that’s what he wants and the budget is self-sustaining. They installed a lot of 3G pitches which they rent out for an income that keeps things going so we aren’t relying on an individual with lots of cash.

Another step up would be a huge change for long-term fans. I feel out of my comfort zone where we are now. When a team like us are regularly playing Hartlepool, Notts County and Wrexham it just doesn’t make sense to me!

HUST: Is that partly because you were an exile living abroad for a lot of your rise?

Dave: Possibly. When I left in 1981 we were an Isthmian League club, which is what we’d been for most of our history. I was in the USA and New Zealand listening to early morning commentaries but it still seemed weird that by the time I got back we were a National League club. It felt overnight to me.

HUST: Bromley Boys, your first football book, is very much about a tiny Isthmian League club. Is that still how you see Bromley?

Dave: In a way, it does feel odd to turn up and see what seem like huge crowds when Bromley have always been like a family club. We still are but things are changing so it isn’t quite like it was when I started going to matches.

HUST: Talking about family clubs, how do you feel about supporters’ Trusts?

Dave: We don’t have one at Bromley but I think they’re a fantastic idea and a lot of clubs have shown how well it can work. I just think it is great for supporters to be involved in the running of their club, makes them more a part of it. We’re lucky because we have got a good chairman, who is local and was already a fan which is what you want really. Maybe if we get bigger we’ll need fan representation through a trust. 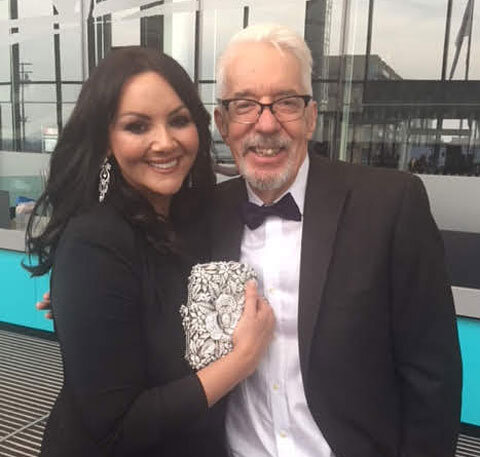 HUST: To get to your writing, how strange was it when they made the Bromley Boys film and you could see your younger self being played by somebody from Game of Thrones and Alan Davies acting as your Dad?

Dave: The only word to use would be odd again! They had the premiere of the film at Wembley and it turned out that I was there four days earlier for the Trophy final as well. So after a lifetime of waiting I went to Wembley twice in four days which was quite an experience. It was a great time but I don’t expect it to happen again.

HUST: How was the Trophy final?

Dave: We lost on penalties and it was one of the worst times of my life. We were one nil up with twenty seconds to go and we conceded an own goal. It was heartbreaking, I just sunk to my knees and covered my eyes because I couldn’t believe what I’d just seen.

HUST: Most Pools fans who were at Cardiff for the play off final will be feeling a lot of sympathy reading that.

Dave: Yes, and it is hard to get over it. I remember thinking afterwards that I’ll soon look back on that as a great day but, to be honest, I’m still really bitter about it and that shows no signs of receding.

HUST: You’ve written three books which are about being a Bromley fan but also about being a non-league football fan in a wider sense, where should interested Poolies start reading?

Dave: I’d say The Bromley Boys and if they enjoy that they’ll probably like the others as well.

HUST: What do you think made The Bromley Boys such a success? Not many football books about tiny clubs get made into films and sell in such high numbers.

Dave: I’m not sure, it did do well and that’s after the publisher told me it was “wilfully uncommercial”. You have to say a book about a 14 year-old kid who supports Bromley FC isn’t obvious hit material but I think the naivety and stupidity of an obsessive teenage fan who does ridiculous things struck a chord with people. They can relate because they had similar feelings even if they didn’t do exactly the same things.

HUST: Any last message for Pools fans reading this?

Dave: When you come to Hayes Lane we certainly won’t do you any favours with the play-offs still a prospect but, as far as the rest of the season goes, most Bromley fans will be very happy if Sutton don’t go up, so best of luck!

Many thanks to Ed Parkinson for sorting the interview and a great write up!