Straight after the final whistle blew to signal the end of a hugely enjoyable fund-raising pre-season friendly HUST took the chance to talk to Sanctuary Rangers’ recently appointed player-manager Mahmoud Nyelenkeh and his predecessor, and club secretary, Juli Simons.

First, we asked Mahmoud for his reaction to the match:

Mahmoud: I just started as manager last month when Julie who set up the club stopped, she’s been busy with work and family which is difficult to balance, she did so much for us. So, it is fair to say I’m very happy, we’ve improved a lot since we played each other last year! I was already here as a player and founder of the club after moving from Sierra Leone to the UK, I remember that match.

HUST: So how did you find your way to Hartlepool?

Mahmoud: I always say Hartlepool found me! I moved and claimed asylum in the UK and at first I was in a hotel in Bradford but then they said they had found a place for me to live and it was here in Hartlepool. That sort of story is true for a big percentage of our players which is why we have the word sanctuary in our name. 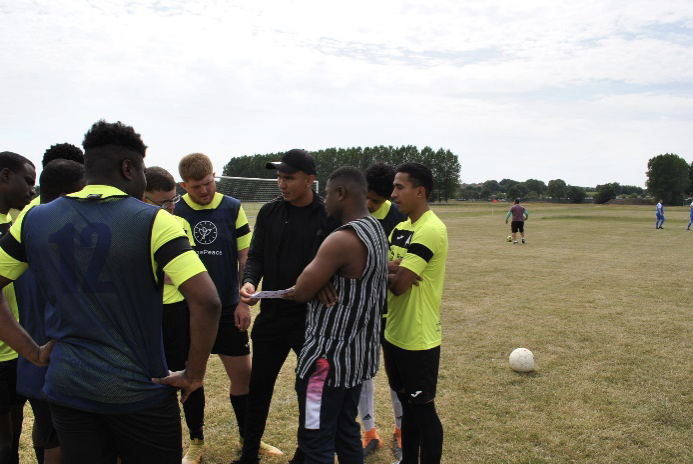 HUST: Has football been important since you moved?

Mahmoud: Yes, it has helped in many ways but a key thing has been the mental health. A lot of us had been through a lot of trauma, a lot of background stuff going on, and we’ve had this opportunity to mix with lots of people and integrate with the community that we are now part of. We play against local sides and now some Hartlepool lads are part of our team as well which I think is a good thing for all of us. We play in the Sunday League and that has helped because we’ve got a lot of recognition around the town, previously people had a different perspective on people seeking asylum and I think it has changed because of all our interactions and getting to know guys all around town.

HUST: Have the fund-raising matches against Trust helped?

Mahmoud: Yes, before we were struggling with funds as we only had one major sponsor, Hartlepower, who did a lot to help us but playing organised football is expensive. This fund raising means we have what we need for another season so we really appreciate it. Most of all though you’ve seen the joy on every face, the interaction and smiling – this is a real friendly and these are the things we all need in life! 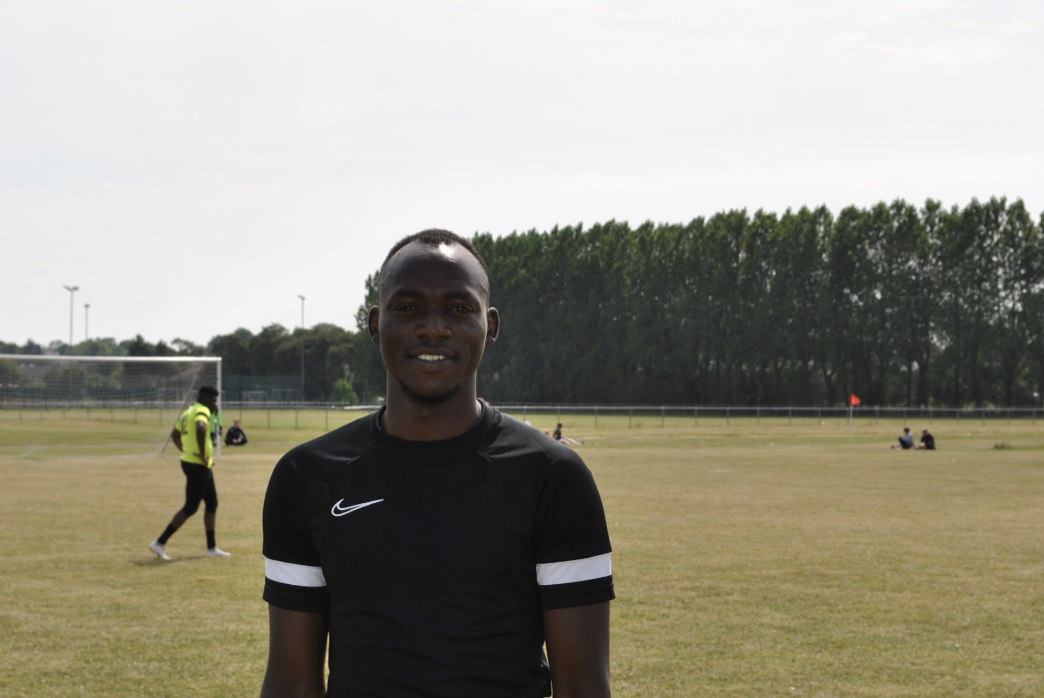 HUST: It was great to see family members and friends at the match as well.

Mahmoud: Yes, more and more people enjoy coming to matches and there is a women’s training session on Fridays here which I think is going to become a team, Juli knows more about that but I think it is another big positive thing.

HUST: How did you get involved Juli?

Juli: Mahmoud came to me, well to Hartlepower where I’m a development officer really, about forming a team and another guy had suggested it too. They started just looking for boots for the lads and I’m a football Mam so I did a shout out which helped. They were playing among themselves but I knew they wanted to play more so I suggested an 11 a side team and they were dead keen so we helped with kit sponsorship and registration to the Sunday League. I ended up putting in more work than I meant to and volunteered to be secretary.

Juli: Well, the team basically runs itself with lots of players from the asylum seeker community but other lads from other situations too. It’s a nice way of welcoming people to Hartlepool who enjoy sport. There aren’t just emergency things to think about like food and shelter, people need to enjoy themselves through things like football – have a proper life, make new friends and all of that.

Juli: We’ve had our ups and downs on the pitch but the lads have all enjoyed it and they’re confident about this year. They’re cemented as team and Eduardo has come in as a coach, he used to be a semi-professional player in El Salvador and we’re working with him to get his full coaching qualifications with some backing from Durham FA. He’s also coaching our fledgling women’s team, the Hartlepool Her-icanes – we haven’t got anyone to play against yet but we’ll get there! 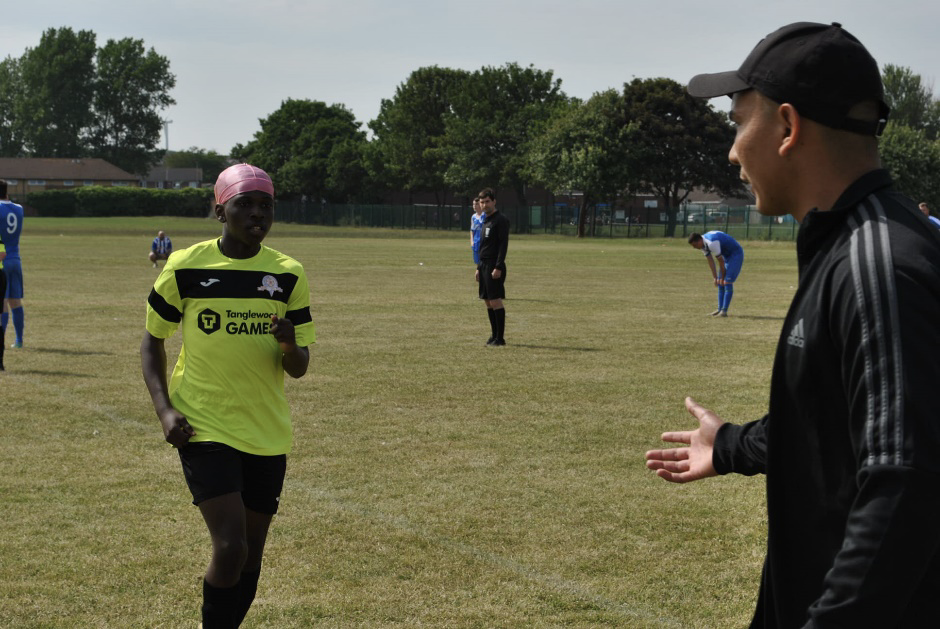 Also another massive thank you to Hartlepool FC who are doing such a great job at Grayfields and allowed us to use their excellent facilities free of charge for this match. As their secretary Chris Murray explained:

“We’re not just a football club we’re here for the community, to encourage sport. Teams like Sanctuary Rovers are great, they’re living proof that football really is the universal language!”