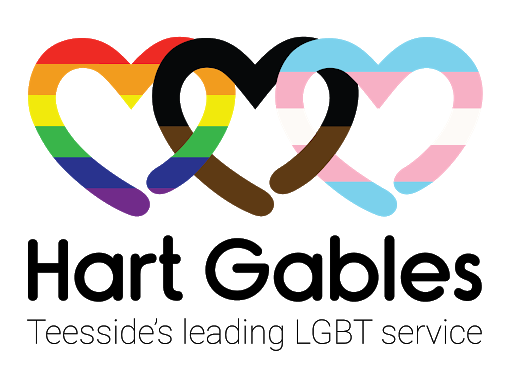 HUST are delighted to announce that we have linked up with local LGBT support group Hart Gables to support this year’s Stonewall ‘Rainbow Laces’ Campaign. The two organisations have agreed to work together on a local campaign to support the wider national movement, which is also supported by the Football Club.

The original aim of Stonewall’s Rainbow Laces campaign was for participants to do something active while wearing Rainbow Laces in their boots or trainers, to show their support for LGBT equality. However, it has now grown way beyond this into a wider, positive campaign that celebrates LGBT+ people and helps to start conversations about how football can improve LGBT inclusion across sports so that they become everyone’s game. This year Rainbow Laces day is on Wednesday 9th December.

HUST recently spoke with Dave Challinor about supporting the campaign and we were delighted with the support he offered. HUST have provided his Pools team with some pairs of rainbow laces and a captain’s armband for those players that may wish to wear them for the match on 8th December against Kings Lynn at the Vic, respecting that some players do wear laceless boots and therefore may not be able to do so.

You can read more about the ‘Rainbow Laces’ campaign here

As well as supporting and promoting the national campaign, HUST wanted to support at a local level, so HUST Board Member Michael Weir reached out to Hart Gables:

“We have been looking at different ways to celebrate the equality and diversity values of the Football Club, and this seemed like a great opportunity to kick it off. We want the wider community to recognise that HUFC is a welcoming environment for all, and hopefully encourage more supporters through the turnstiles when fans are allowed back into the Vic. We hope as many HUFC fans as possible will join us to promote and celebrate the campaign.”

“We want the campaign to be positive and celebrate LGBT inclusion in sport and the wider community, however, we also can’t ignore that football still has some issues to overcome. It is well known that no male professional footballers in England are openly gay, and we know from our discussions with Hart Gables that some individuals within the LGBT community still have barriers to overcome to participate in sport. Sadly, we are also aware that even in the 21st century, some individuals may not feel comfortable sharing their sexuality with those closest to them, so we hope that sharing stories and the great support that Hart Gables provide can offer some reassurances to those in our local community, including HUFC fans, that currently may need that support and try and help break down any barriers that that still may exist to encourage participation in sport.”

Sarah Lewis, Service Lead at Hart Gables, was only too happy to link up for the campaign:

“It’s great to see organisations supporting the national campaign ‘Rainbow Laces’ but what is really great about this piece of work, is that local people are linking together and making a difference.”

“Hart Gables was founded in Hartlepool over 18 years ago, which is originally where the Hart in our name comes from. HUFC is a club close to the hearts of many of our service users, staff members and other stakeholders.”

“As a town, we are one of the very few to have such a well-established community that offers support to vulnerable people who also happen to be LGBT+, it’s something we should be proud of. Our town has been celebrating inclusion for nearly two decades.”

“We too are delighted to work together with HUST in raising awareness of such an important campaign and most importantly, the significance behind it.”

“Discrimination in sport is something that effects people locally and nationally and that is exactly why Hart Gables stand firmly in solidarity with HUST, in promoting LGBT+ inclusion in sport, at a local and national level.”

We will be sharing stories and resources across our website and social media platforms in collaboration with Hart Gables over the coming weeks, and we are delighted to be providing a signed Pools shirt for Hart Gables to give away as a competition prize, so make sure you are following them on twitter @HartGables for updates on how you can win this. You can read more about Hart Gables on their website here