Letter to Secretary of State regarding football reforms

HUST are one of 100+ fan groups who are signatories to a letter to the new Secretary of State for Digital, Culture, Media and Sport, Nadine Dorries MP, encouraging her to support recommendations of the Fan Led Review. The letter was instigated by the Football Supporters’ Association.
We recently took part in a number of sessions with Tracey Crouch MP, who is leading the review, providing input and real experience based on our off-field difficulties post-IOR.
We wholeheartedly agree with the sentiment of the letter;

“Clubs are at the heart of their communities, are cultural institutions, which bring a sense of identity, pride and belonging for millions of people every week. They deserve protection.”

Meeting Oldham fans recently only echoed the real difficulties that are found across the country.
Final recommendations are due later in the year but based on the draft feedback, supporters’ trusts will be central to reform.
Click here to read the letter and thank you for your ongoing support – we’re working hard to make sure your voice counts. 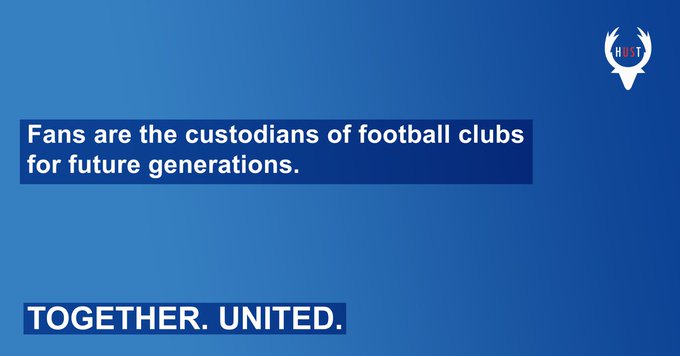