The teams lined up for a friendly pre-match photo on the dry, but immaculate, Grayfields pitch. 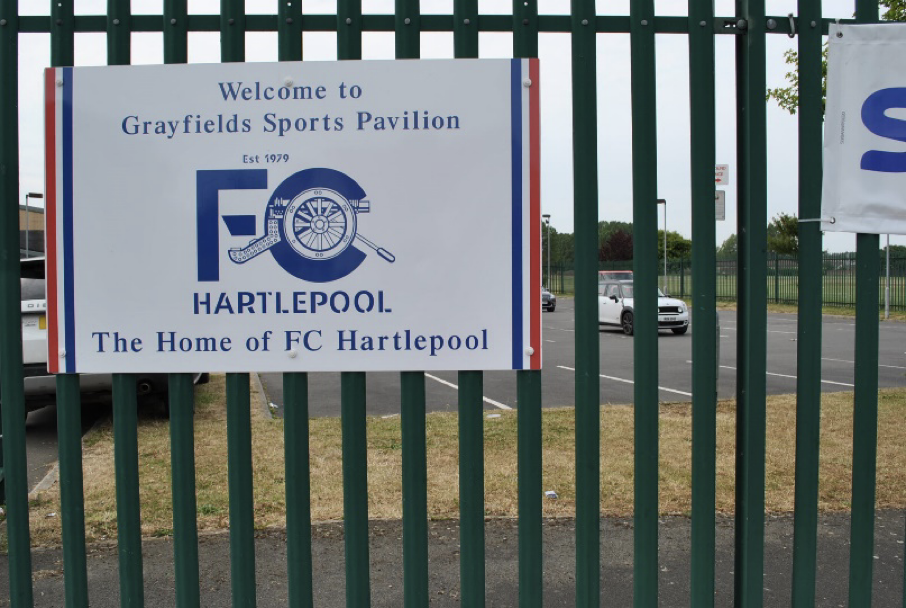 Hartlepool FC have taken over the running of Grayfields from the council and the improvements are obvious. Sanctuary Rangers play there regularly and the club were kind enough to provide the pitch and changing facilities free of charge for this fundraiser. 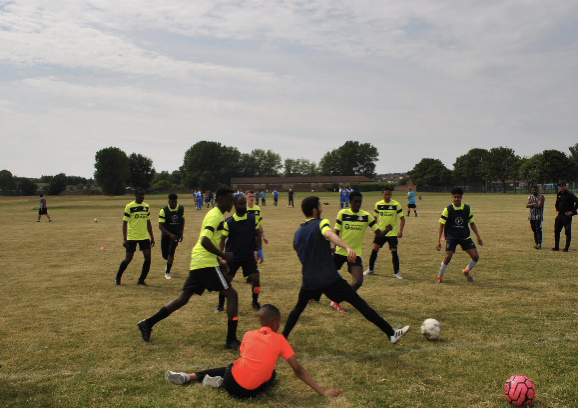 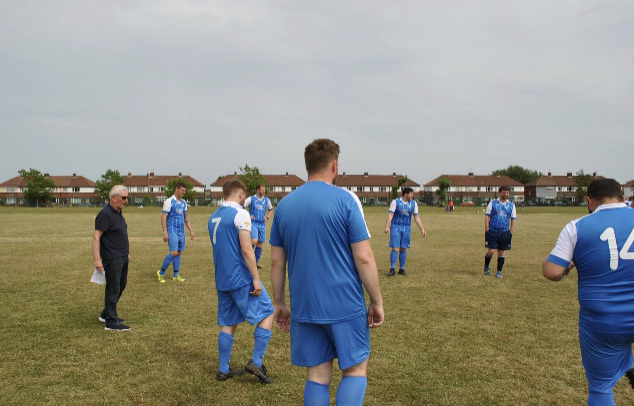 The first sign of trouble for HUST came during the warm up. The difference in energy levels was ominous but after last year’s 1-2 outcome a close contest was expected. 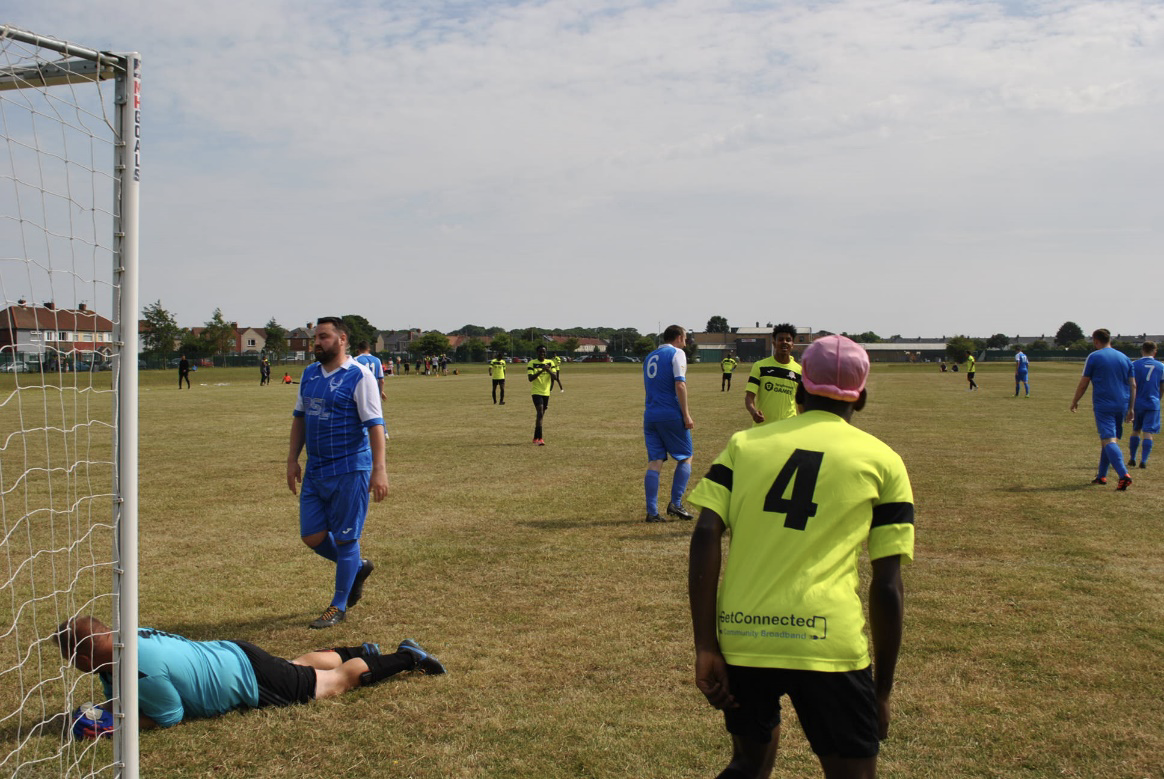 Soon after kick off HUST’s problems started to multiply as Sanctuary’s young, mobile front line got the opening goal. A scrappy affair but they all count. 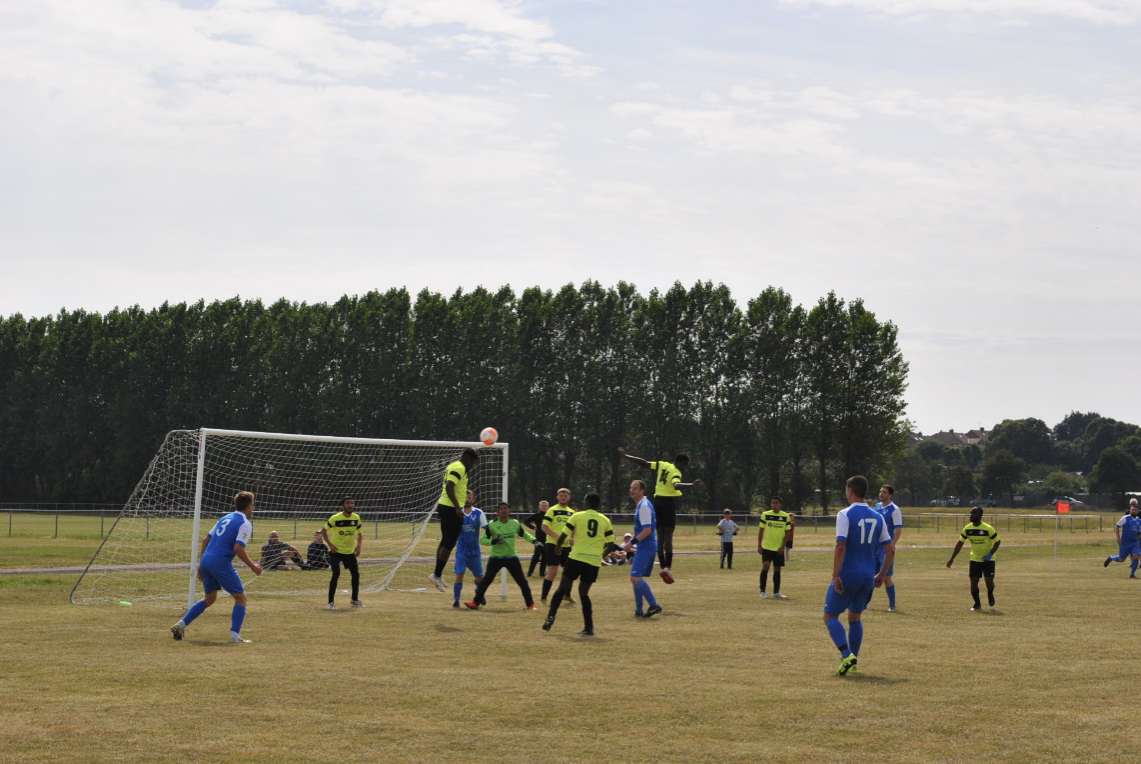 HUST did threaten to get an equalizer more than once but Sanctuary held firm. 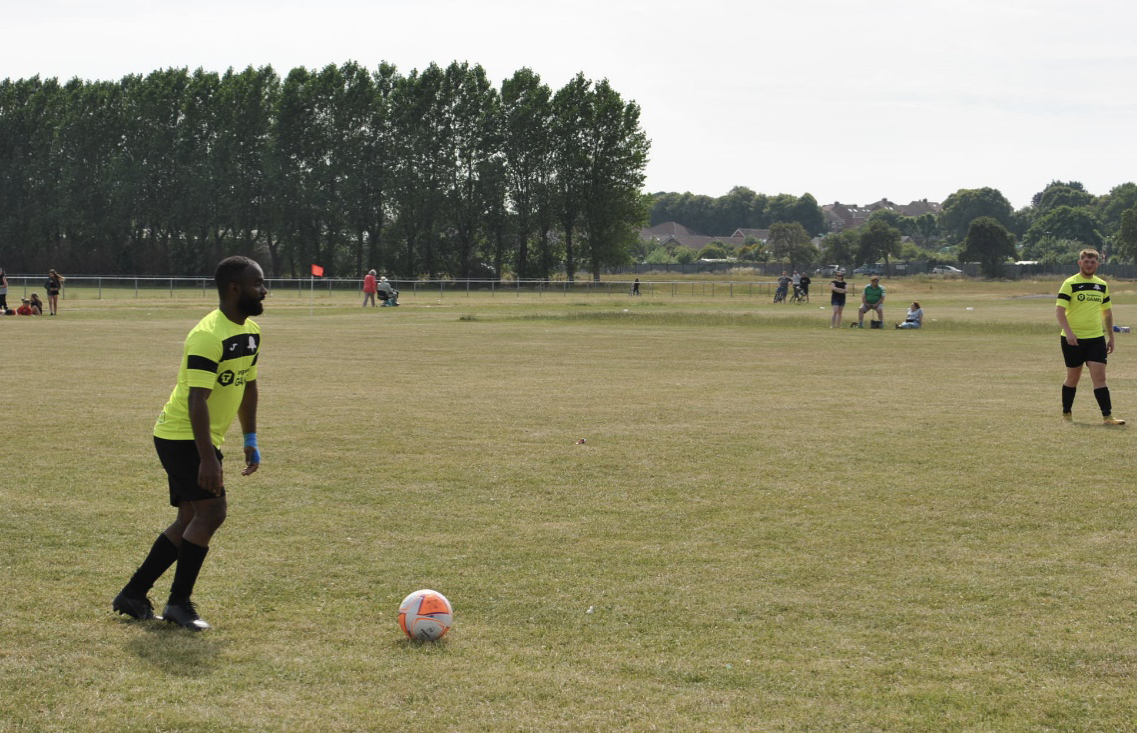 And as the game went on Sanctuary started to dominate, pushing HUST deeper and enjoying more time on the ball. 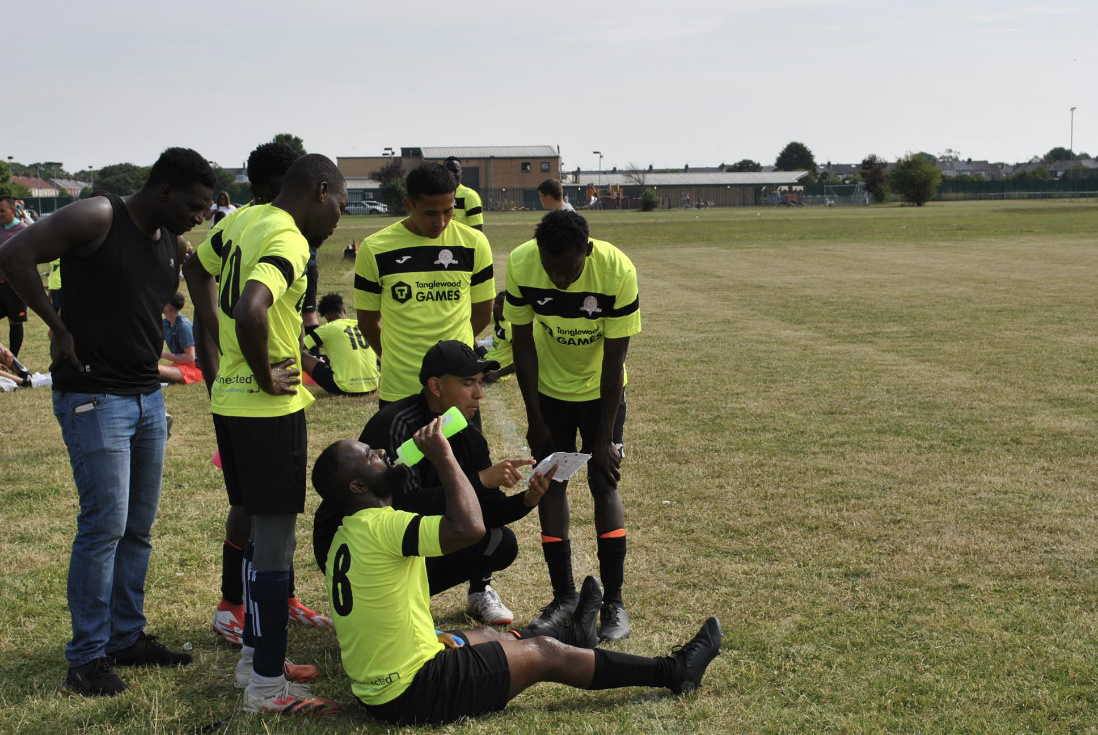 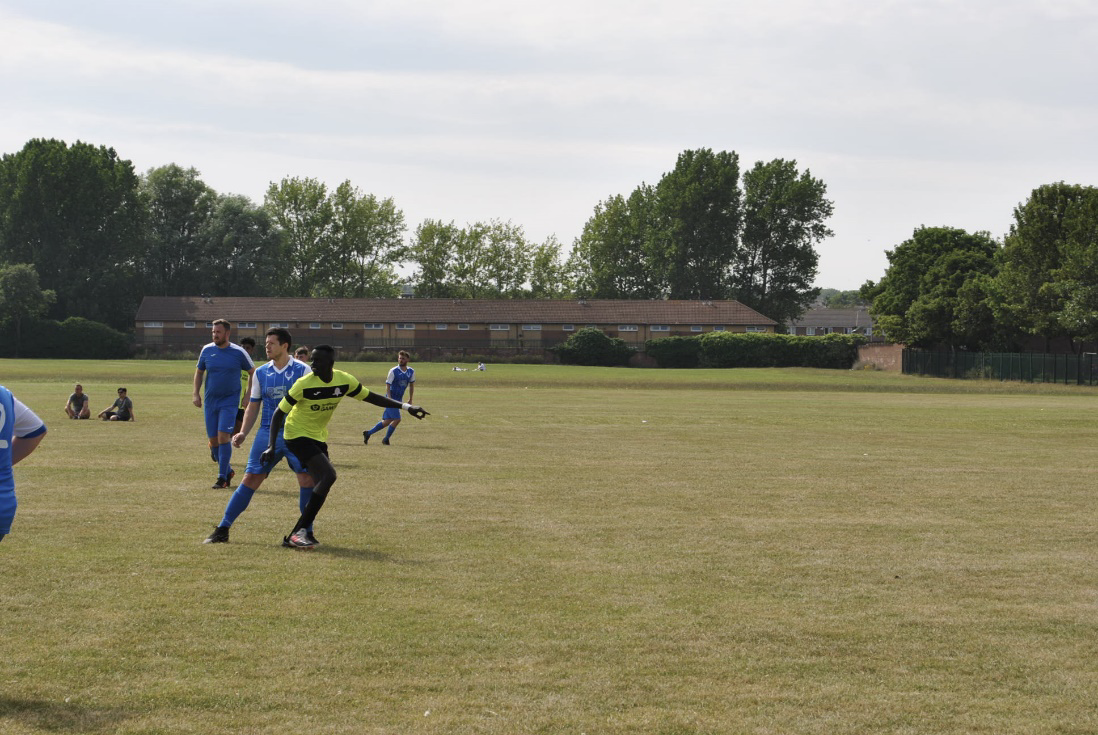 Longer balls into the space behind the HUST defence were a constant source of danger. 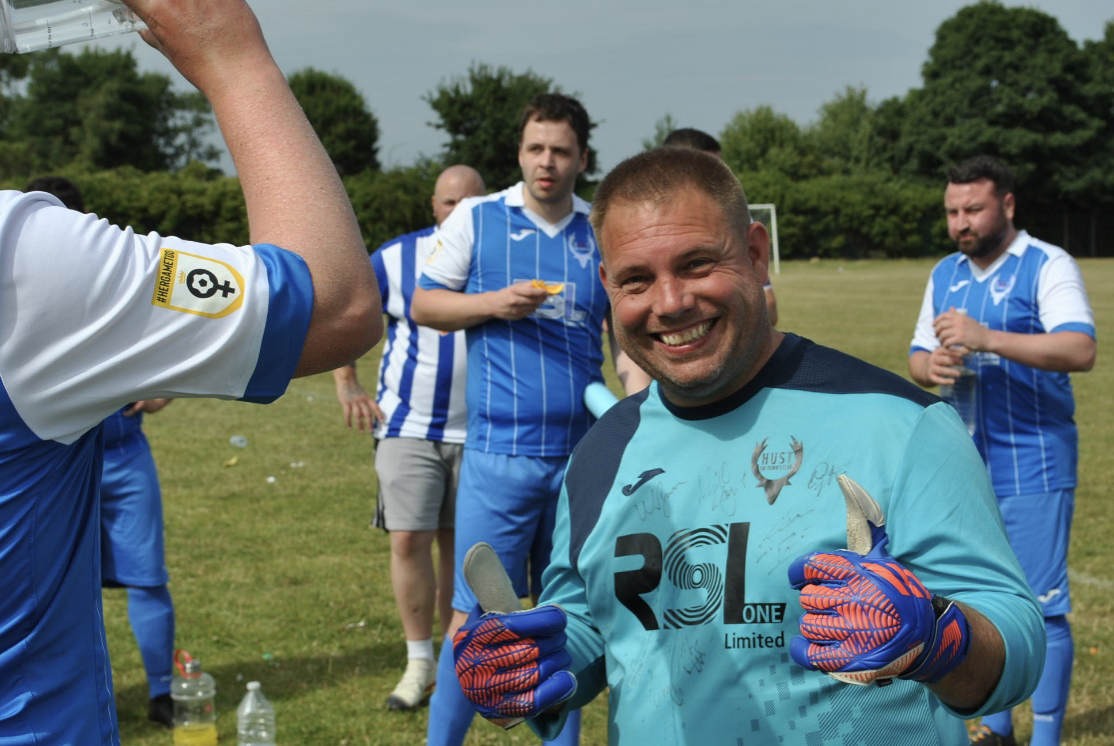 Not all goalkeepers would show this degree of positivity at five down after 45 minutes! 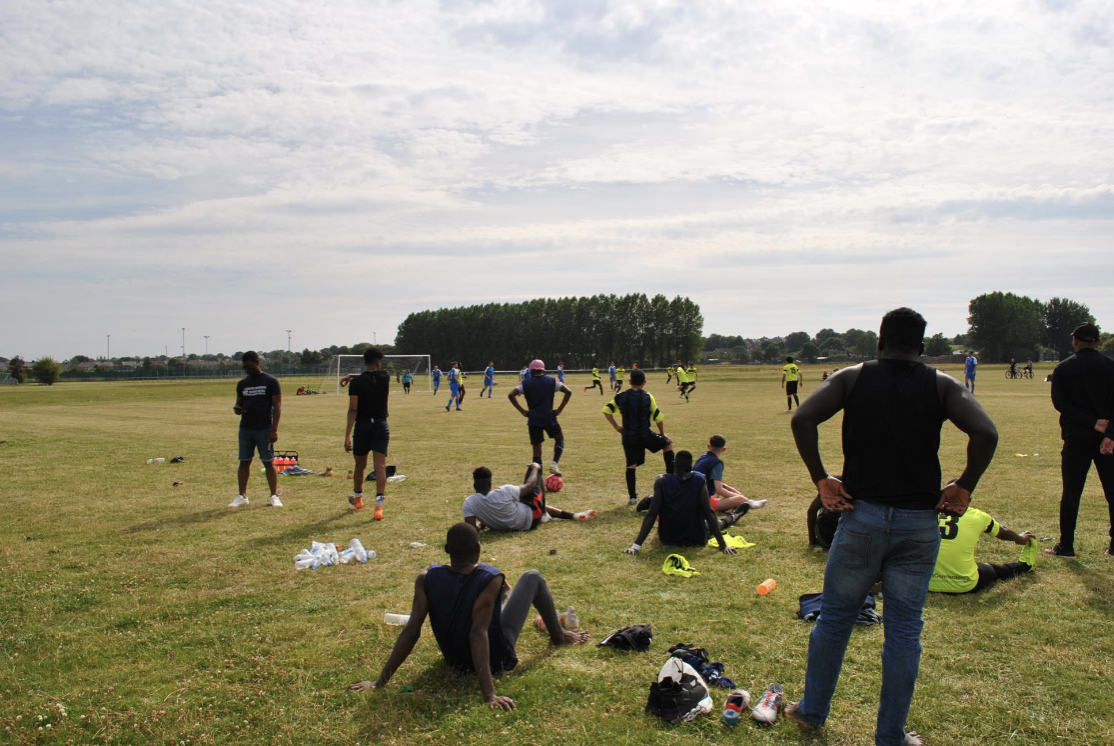 Sanctuary could afford to relax a little in the second half but HUST still deserve credit for coming out and battling to make a match of it. 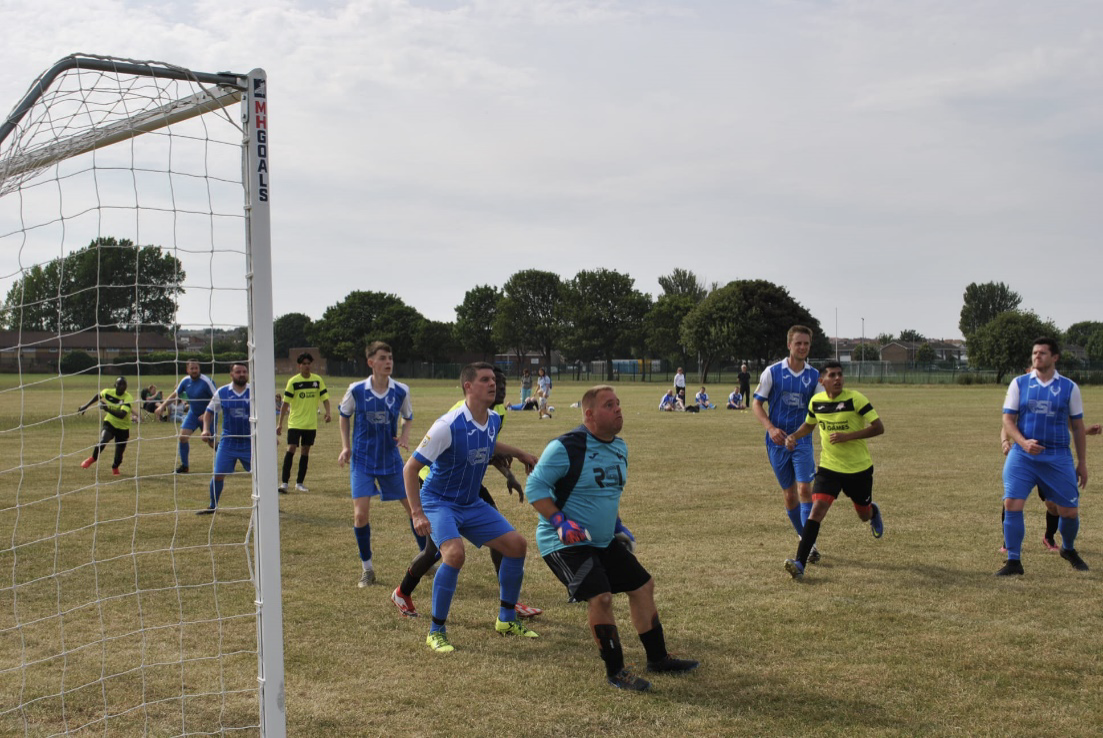 Determined defending seemed to be keeping the score down. 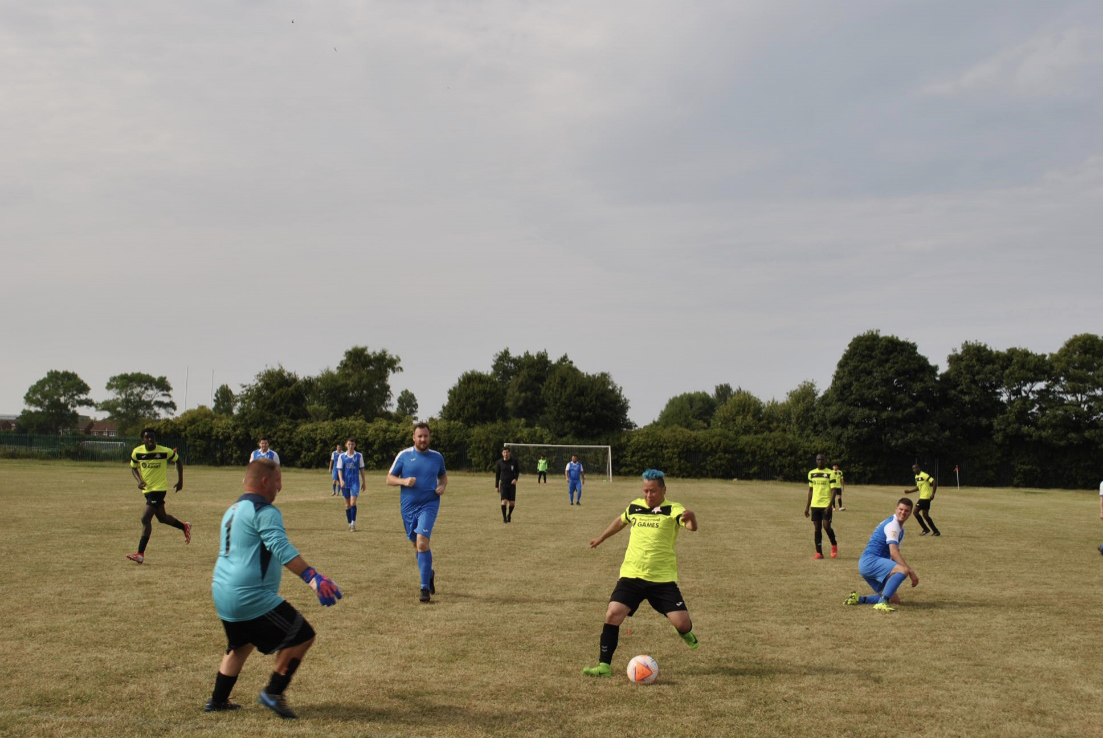 Until a stroke of tactical genius saw Sanctuary unleash a blue-haired, 48 year-old super-sub and the score was soon heading upwards again. 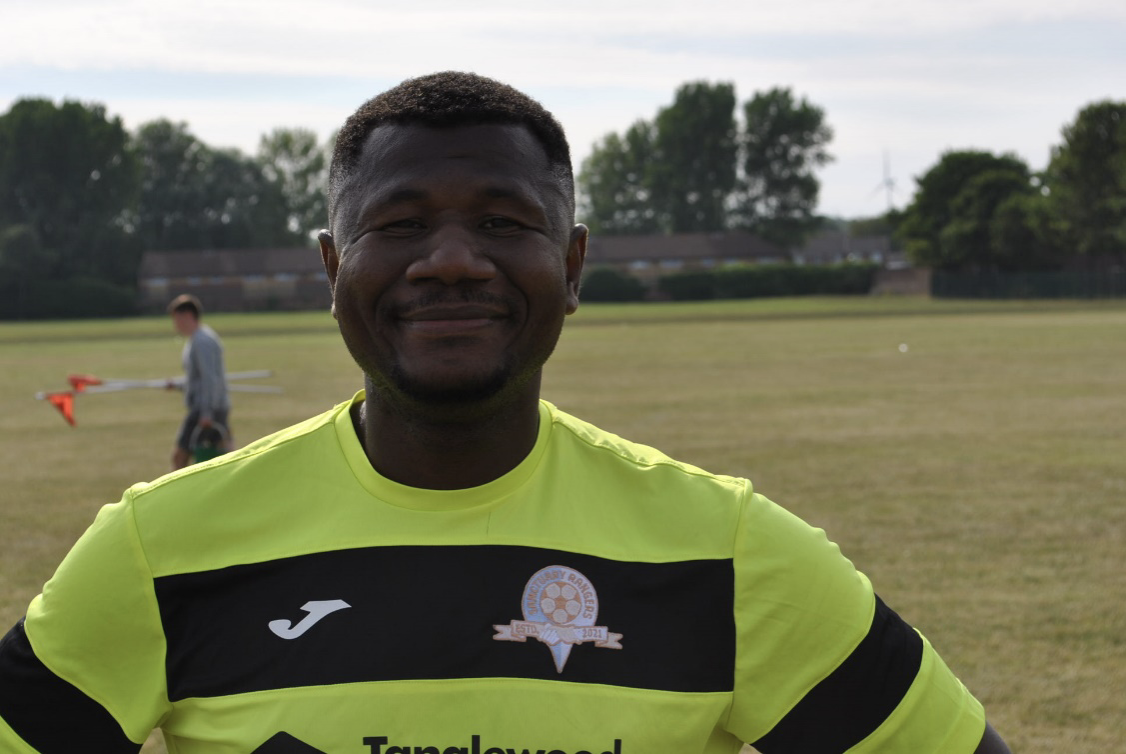 Victorious manager Mahmoud Nyelenkeh was keen to stress how much his team had enjoyed the match and how helpful the funds raised are to his club. Pushed on the secret of Sanctuary’s 8-0 success he revealed that, “we’ve got a lot better since last year!” Few on the HUST side would dispute that assessment…

We’ve got the full interview with Mahmoud coming soon.