Following contact from HUST, Mike Hill MP wrote to Nigel Huddleston MP, Parliamentary Under Secretary of State Sport, Tourism and Heritage on behalf of HUFC when it was announced that the government would only be providing further funding to National League Clubs in the form of loans.

At this stage the message from the National League was clear in that it was agreed by the government that any funding would be in the form of grants. However in response the government have stated that this was never the case, and the response from Nigel Huddlestone reinforces this message.
We would still like to thank Mike for his support on this matter and sharing the letter from Nigel Huddlestone, which you can read below. This letter has also been shared with HUFC.
Whilst as Hartlepool supporters we welcome the season continuing, particularly due to the fantastic effort from Dave Challinor and his players, we share concerns of Clubs that are struggling to continue the season and the National League Board’s handling and communication on this whole matter. We hope that this is suitably resolved and all Clubs can continue playing both in the short and long term.
We are also aware of the two new registration of charges filed, indicating that the club have taken out two mortgage loans. As part of our ongoing dialogue with the Club, we have asked for clarity on this, noting that transparency will help avoid speculation amongst fans and allow full focus on the fantastic progress on the pitch. 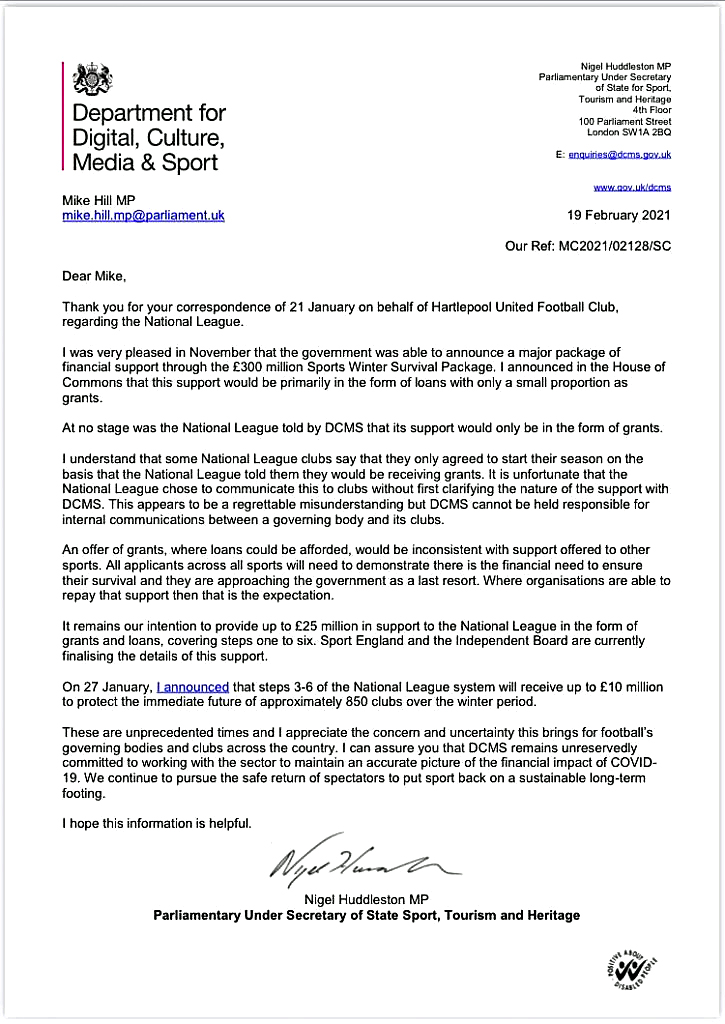