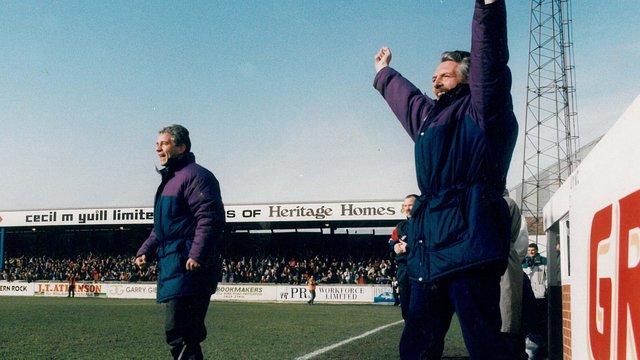 With the big match against Crystal Palace approaching HUST spoke to Eddie Kyle, Alan Murray’s assistant manager on the freezing January day in 1993 when Pools became the first lower division club to dump a Premier league team out of the FA Cup. We wanted to know the ingredients for an FA Cup upset and Eddie was happy to reveal what went on behind the scenes.